Duncan (10th Barcaldine), his mother Henrietta, sisters Harriette and Flora with Alexander (19th Captain) and Jane Campbell (Monzie) of Dunstaffnage and their sons Angus (20th Captain) and Neil. The couple standing at the back and location are unidentified.

In the picture Duncan is wearing a black arm band and his mother and sisters dressed entirely in black which tells me they are in mourning for their sibling and son Eric Reginald Duncan Campbell who died 21st July 1900 in Osaba, Nigeria. This would therefore likely date the picture late 1900 or during 1901.

A memorial plaque to Eric's memory can be seen in St Modan's Kirk, Benderloch. 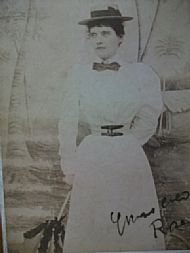 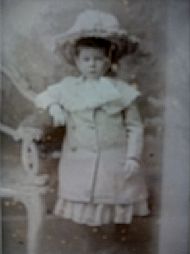 Eric had married Rose Scott, elder sister of Captain Robert Falcon Scott of the Antarctic, in November 1899. On the 29th November 1900 Rose gave birth to a little girl named Erica who would have in due course become 11th Campbell of Barcaldine had she been a boy.

was a British engineer, industrialist, and founder of the Guinness Book of Records. Hugh's Grandmother was Isabella Janet Campbell of Barcaldine (1821-1863)  daughter of Sir Duncan 8th Barcaldine 1st Baronet.

Educated at Wellington College, Berkshire after which he spent two years in the Indian Police force from 1910.  In 1921 he returned to England, before joining Sir Alexander Gibb & Partners, Engineers. In 1931 the firm was commissioned by the Canadian government to conduct a survey of its national ports. Beaver spent seven months in Canada, during which time he was asked to supervise the rebuilding of the Port of St John, New Brunswick, which had been destroyed by fire. He was a partner of the firm from 1932–1942, and Director General and Controller General of the Ministry of Works from 1940–1945. In 1946, he became a managing director of Arthur Guinness, Son and Co Ltd and stayed there until he retired in 1960.

Hugh Beaver was greatly involved in the efforts to rebuild Britain and the British Empire after World War II, and was aco-opted member of Lord Reith's Committee on New Towns 1946–1947, a member of the Building IndustryWorking Party 1948–1950, Director of the Colonial Development Corporation 1951–1960.

He was knighted in 1943 and awarded a KBE in 1956. He also received honorary degrees from the University of Cambridge, Trinity College, Dublin, the National University of Ireland, and was made an honorary fellow of the London School of Economics in 1960. He died in 1967.

On 10 November 1951, Beaver, then the managing director of the Guinness Brewery, went on a shooting party in North Slob, by the River Slaney in County Wexford, Ireland. He became involved in an argument: which was the fastest game bird in Europe, the Golden Plover or the Grouse? That evening at Castlebridge House it was realised that it was not possible to confirm in reference books whether or not the Golden Plover was Europe's fastest game bird .

Beaver thought that there must be numerous other questions debated nightly in the 81,400 pubs in Britain and in Ireland, but there was no book with which to settle arguments about records. He realised then that a book supplying the answers to this sort of question might prove popular. He happened to be correct.

Beaver’s idea became reality when Guinness employee Christopher Chataway recommended University friends Norris and Ross McWhirter, who had been running a fact-finding agency in London. The brothers were commissioned to compile what became The Guinness Book of Records in August 1954. A thousand copies were printed and given away.

The first 198 page edition was bound on 27 August 1955 and went to the top of the British best seller lists by Christmas. "It was a marketing give away - it wasn't meant to be a money maker" said Hugh. The following year it launched in the USA, and sold 70,000 copies. The book was soon to become a record breaker in its own right, withs sales of more than 100 million copies in 100 different countries and 37 languages. It is the worlds best ever selling copywright book.

Cousin, friend and confident of Sir Duncan 10th of Barcaldine. Nellie was always outspoken in her letters and referred to Duncan as her 'eligible tombstone' in reference to his confirmed bachelorhood and proven discretion.

It is clear from Nellie's letters that the families of Barcaldine and Glencoe enjoyed cordial relationships over the years. Indeed Sir Duncan 10th was best man to Duncan (Ducha) MacDonald of Glencoe on his marriage to Marie Thayer Cranston at Westminster on 1st September 1894. 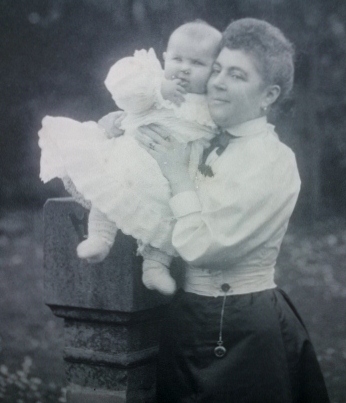 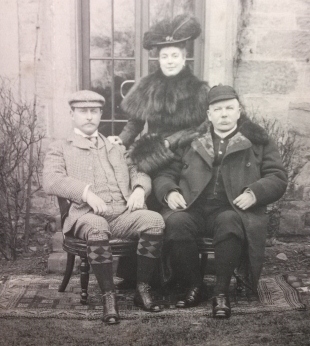 This letter below from Duncan (Ducha) MacDonald to Sir Duncan Campbell was written on 4th Spetember 1994, three days after Ducha's wedding to Marie Cranston. It is evident that Ducha believed he had an agreement to purhase the Glencoe estate which had been put up for sale on the death of his brother Archibald Maxwell MacDonald the previous June. The following letter sent by Ducha to Sir Duncan from Eastbourne on 10th September reveals his optimism to be premature. The extremely wealthy Sir Donald Alexander Smith, Lord Strathcona, of the Hudson Bay trading company in Canada had already agreed a purchase price with the selling lawyers Skene Edwards of Edinburgh.

Another letter below from Nellie to Sir Duncan dated 15th November suggests that Archibald Burns MacDonald, Nellies father, sent a private letter written to him by Andrew Ballingal (Nellie's husband and lawyer to the MacDonalds) that suggested the salmon fishing rights on the river Coe were excluded from the Glencoe estate sale bond, to Lord Strathcona's agents. 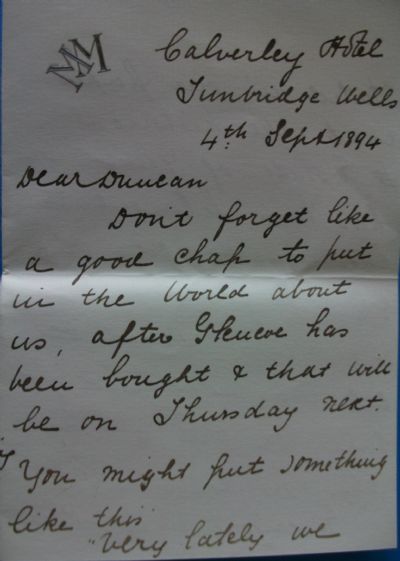 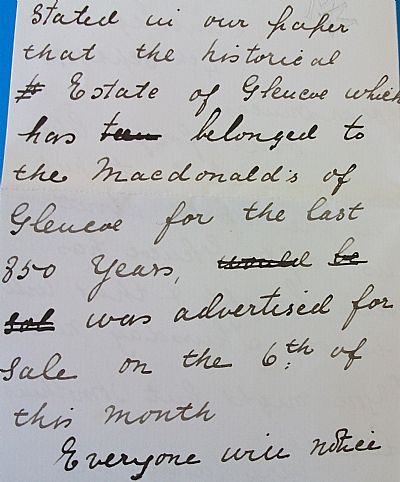 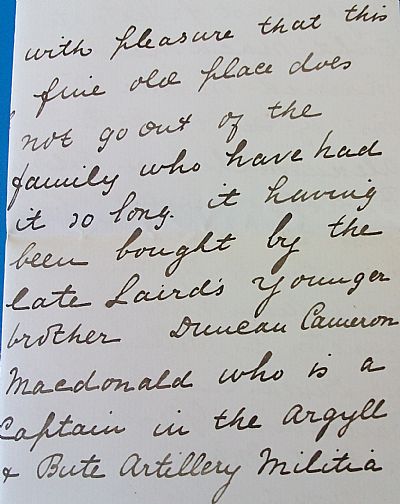 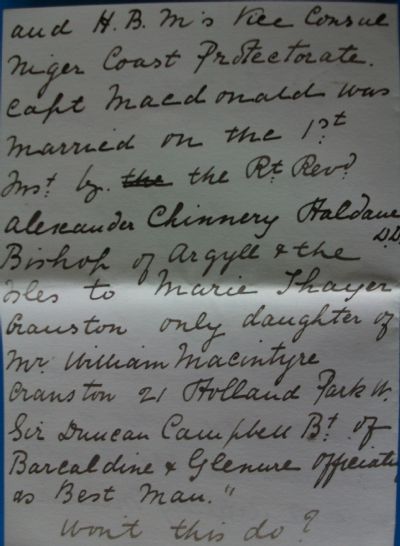 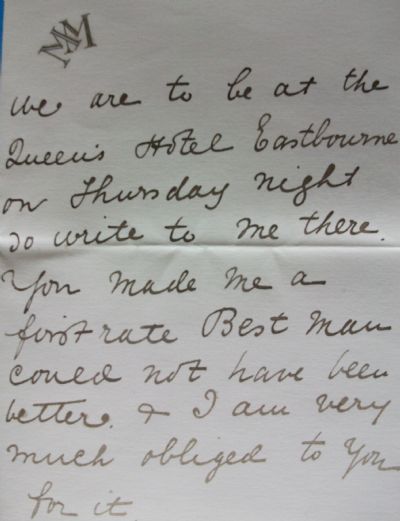 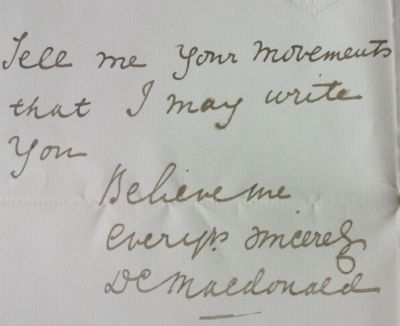 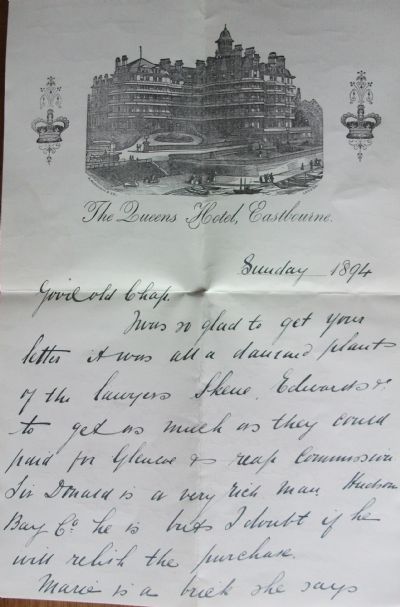 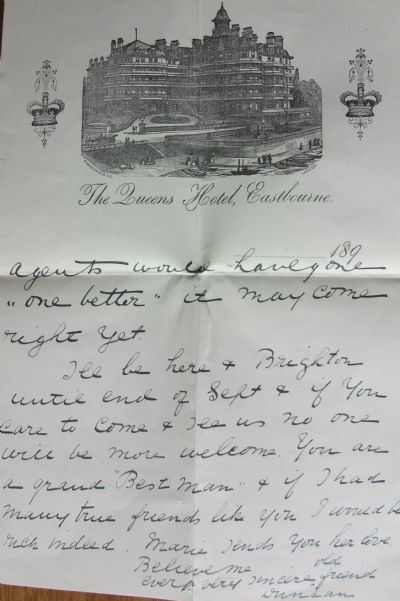 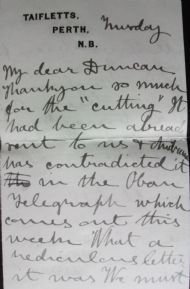 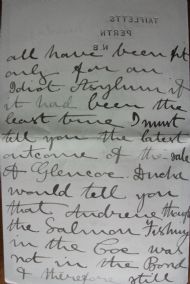 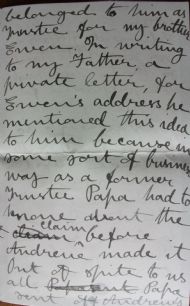 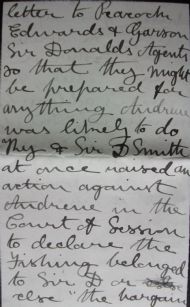 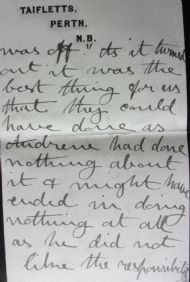 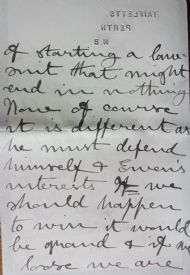 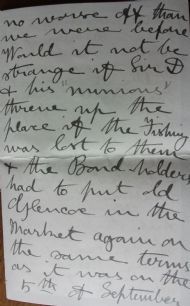 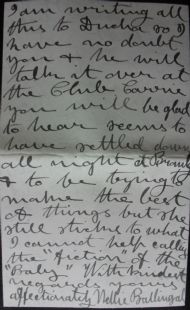